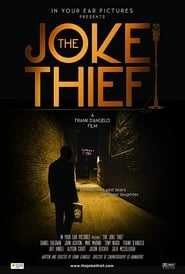 The Joke Thief takes us on a journey of one man’s last hurrah. Simon McCabe is a stand up comedian who has been making people laugh for 35 years. All his life he has been the life of the party, but now he is tired, miserable and almost washed up since he’s never got a lucky break due to a reputation of joke stealing. One faithful night, his longtime friend and fellow comedian convinces a comedy club owner to give Simon some stage time and one last shot at redemption. On the ride down to his gig, Simon takes us on a whirlwind journey of his life, as he replays back special moments in an emotional series of flash backs that made him the sad, funny man that he is today.